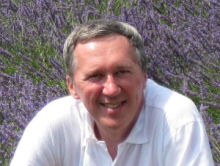 How does the human brain use neural activity to create and represent meanings of words, sentences and stories?  One way to study this question is to give people text to read, while scanning their brain, then develop machine learning methods to discover the mapping between language features and observed neural activity.  We have been doing such experiments with fMRI (1 mm spatial resolution) and MEG (1 msec time resolution) brain imaging, for over a decade.  As a result, we have learned answers to questions such as “Are the neural encodings of word meaning the same in your brain and mine?”, “Are neural encodings of word meaning built out of recognizable subcomponents, or are they randomly different for each word?,” and “What sequence of neurally encoded information flows through the brain during the half-second in which the brain comprehends a single word, or when it comprehends a multi-word sentence?”  This talk will summarize some of what we have learned, newer questions we are currently working on, and will describe the central role that machine learning algorithm play in this research.

Tom M. Mitchell founded and chairs the Machine Learning Department at Carnegie Mellon University, where he is the E. Fredkin University Professor.  His research uses machine learning to develop computers that are learning to read the web, and uses brain imaging to study how the human brain understands what it reads.  Mitchell is a member of the U.S. National Academy of Engineering, a Fellow of the American Association for the Advancement of Science (AAAS), and a Fellow and Past President of the Association for the Advancement of Artificial Intelligence (AAAI).  He believes the field of machine learning will be the fastest growing branch of computer science during the 21st century.

This talk is part of the Brains, Minds and Machines Seminar Series September 2015-June 2016 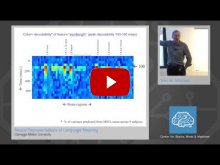