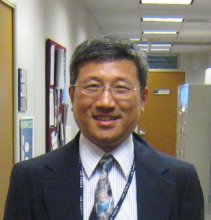 Theory-of-mind (ToM) is the modeling of mental states (such as belief, desire, knowledge, perception) through recursive (“I think you think I think …”) type reasoning in order to plan one’s action or anticipate others’ action. Such reasoning forms the core of strategic analysis in the game-theoretic setting. Traditional analysis of rational behavior in games of complete information is centered on the axiom of “common knowledge,” according to which all players know something to be true, know that all players know it to be true, know that all players know all players know it to be true, etc. Such axiom requires recursive modeling of players to the full depth, and seems to contradict human empirical behavior revealed by behavioral game literature. Here, I propose that such deviation from normative analysis may be due to players’ building predictive mental models of their co-players based on experience and context without necessarily assuming a priori full rationality and common knowledge, rather than due to any lapse in “instrumental rationality” whereby players (and co-players) translate the predictions from their mental models to optimal choice. I investigate this mental model account of theory-of-mind reasoning by constructing a series of two-player, sequential-move matrix games all terminating in a maximal of three steps. By carefully designing payoff matrices, the depth of recursive reasoning (i.e., first-order ToM versus second-order ToM) can be contrasted based on participants’ choice behavior in those games. Empirical findings support the idea that depth of ToM recursion (related to perspective-taking) and instrumental rationality (rational application of belief-desire to action) constitute separate processes. 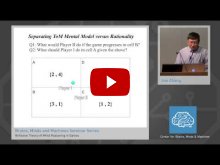