New and exciting research has led to scientists identifying a neural population highly selective for music.

“It has been the subject of widespread speculation,” says Josh McDermott, the Frederick A. and Carole J. Middleton Assistant Professor of Neuroscience in the Department of Brain and Cognitive Sciences at MIT. “One of the core debates surrounding music is to what extent it has dedicated mechanisms in the brain and to what extent it piggybacks off of mechanisms that primarily serve other functions.” 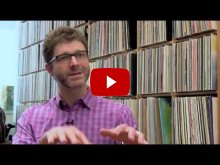 Music in the Brain