Professor Winston was particularly involved in the study of how vision, language, and motor faculties account for intelligence. He also worked on applications of Artificial Intelligence that are enabled by learning, precedent-based reasoning, and common-sense problem solving.

Professor Winston was chairman and cofounder of Ascent Technology, Inc., a company that produces sophisticated scheduling, resource allocation, and schedule recovery applications, enabled by AI technology, and in use throughout the world in major airports and the Department of Defense.

Professor Winston was a member of the Naval Research Advisory Committee (NRAC) (1985-1990, 1994-2000) for which he served as Chair from 1997 to 2000. During his service on NRAC, he chaired several studies, including a study of how the Navy can best exploit the next generation of computer resources and a study of technology for reduced manning. Professor Winston is also a past president of the American Association for Artificial Intelligence.

Professor Winston was working on a major new research and educational effort, the Human Intelligence Enterprise, which will bring together and focus research from several fields, including Computer Science, Systems Neuroscience, Cognitive Science, and Linguistics. 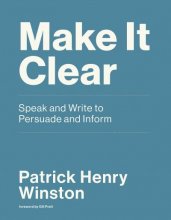 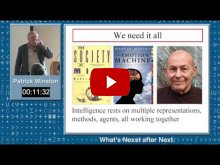 What's Next after Next
June 9, 2014
Patrick Winston 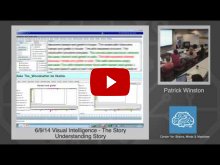