Brief Biography:
Amnon Shashua holds the Sachs chair in computer science at the Hebrew University. He received his Ph.D. degree in 1993 from the AI lab at MIT working on computational vision where he pioneered work on multiple view geometry and the recognition of objects under variable lighting. His work on multiple view geometry received best paper awards at the ECCV 2000, the Marr prize in ICCV 2001 and the Landau award in exact sciences in 2005. His work on Graphical Models received a best paper award at the UAI 2008. Prof. Shashua was the head of the School of Engineering and Computer Science at the Hebrew University of Jerusalem during the term 2003–2005. He is also well known on founding startup companies in computer vision and his latest brainchild Mobileye employs today 250 people developing systems-on-chip and computer vision algorithms for detecting pedestrians, vehicles, and traffic signs for driving assistance systems. For his industrial contributions prof. Shashua received the 2004 Kaye Innovation award from the Hebrew University. 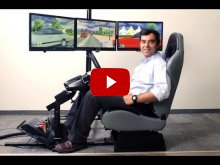