Your ability to recognize objects is remarkable. If you see a cup under unusual lighting or from unexpected directions, there’s a good chance that your brain will still compute that it is a cup. Such precise object recognition is one holy grail for AI developers, such as those improving self-driving car navigation. While modeling primate object recognition in the visual cortex has revolutionized artificial visual recognition systems, current deep learning systems are simplified, and fail to recognize some objects that are child’s play for primates such as humans. In findings published in Nature Neuroscience, McGovern Investigator James DiCarlo and colleagues have found evidence that feedback improves recognition of hard-to-recognize objects in the primate brain, and that adding feedback circuitry also improves the performance of artificial neural network systems used for vision applications.

Deep convolutional neural networks (DCNN) are currently the most successful models for accurately recognizing objects on a fast timescale (<100 ms) and have a general architecture inspired by the primate ventral visual stream, cortical regions that progressively build an accessible and refined representation of viewed objects. Most DCNNs are simple in comparison to the primate ventral stream however.

“For a long period of time, we were far from an model-based understanding. Thus our field got started on this quest by modeling visual recognition as a feedforward process,” explains senior author DiCarlo, who is also the head of MIT’s Department of Brain and Cognitive Sciences and Research Co-Leader in the Center for Brains, Minds, and Machines (CBMM). “However, we know there are recurrent anatomical connections in brain regions linked to object recognition...”

Read the full article on the McGovern Institute website using the link below. 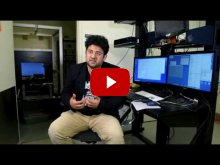