Dr. Freiwald, a native of Oldenburg, Germany, performed his graduate work at the Max Planck Institute for Brain Research in Frankfurt and received his Ph.D. from Tübingen University in 1998. He then joined the Institute for Brain Research at the University of Bremen as a research assistant. Starting in 2001, he worked as a postdoctoral fellow at the Massachusetts Institute of Technology, Massachusetts General Hospital, Harvard Medical School and the Hanse Institute for Advanced Study in Delmenhorst, Germany. He was head of the primate brain imaging group at the Centers for Advanced Imaging and Cognitive Sciences in Bremen from 2004 to 2008 and a visiting associate at the California Institute of Technology in 2009. He joined The Rockefeller University as assistant professor in 2009. Dr. Freiwald was named a Pew Scholar in 2010 and a McKnight Scholar in 2011; he also received an Esther and Joseph Klingenstein Fellowship in 2010, a Sinsheimer Scholarship in 2010 and an Irma T. Hirschl/Monique Weill-Caulier Trusts Research Award in 2009.He is a NYSCF-Robertson Investigator. 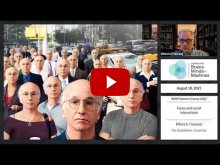 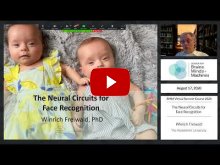 Scientists discover a new class of memory cells in the brain [EurekaAlert!]
July 31, 2017

A surprising new source of attention in the brain [The Rockefeller University]
May 22, 2019

How do we know what other people are thinking? This monkey study may offer clues [Mother Nature Network]
May 29, 2017

Not So Unique? A Key Feature of the Human Brain Has Just Been Found in Monkeys [Science Alert]
May 23, 2017

Social Network In Monkey Brains Is Clue To Evolution Of Human Mind [International Business Times]
May 18, 2017

Monkeys Have a Specialized Brain Network for Sizing Up Others’ Actions [Scientific American]
May 26, 2017 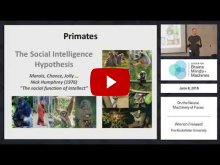 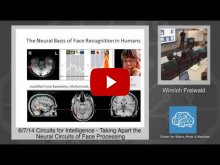