Feedback on the Learning Hub

Neural Circuits at a Cellular Level 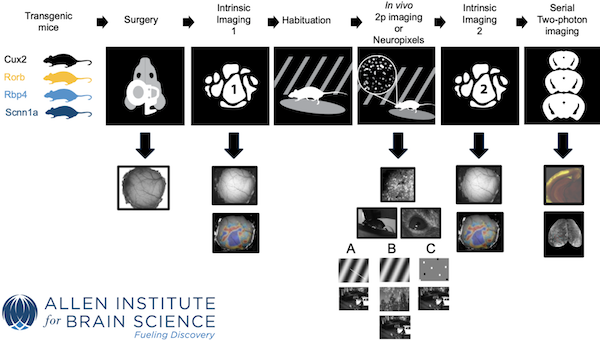 Researchers at the Allen Institute for Brain Science are creating detailed, publicly available atlases of the behavior of neurons in the mouse brain, following this standardized data collection pipeline.

Advances in neuroscience over the past decade have enabled researchers to examine the neural circuitry of the brain at unprecedented resolution. Furthermore, open access to large-scale, publicly available atlases that provide an extensive catalog of cell structure, connectivity, and neural activity in response to standardized stimuli, promises to accelerate new discoveries of the function of this neural circuitry. This unit explores the work of the Allen Institute for Brain Science on the creation of brain observatories, and the critical role of connectomics in mapping neural connectivity. 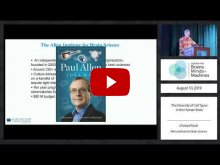 Christof Koch: The diversity of cell types in the human brain
Christof Koch describes research at the Allen Institute for Brain Science aimed at building a comprehensive online catalog of the many types of cell that exist in human and mouse brains, based on detailed studies of cell morphology, electrophysiology, and transcriptomics. Even in the mouse brain, there are about 1,000 different cell types. This catalog will aid research on neurological diseases that afflict only a limited subset of these cell types. 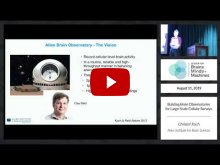 Christof Koch: Building brain observatories for large-scale cellular surveys
The Allen Brain Observatory provides the first comprehensive in vivo survey of the physiological activity of neurons in the mouse visual cortex, following a standardized data collection pipeline. Christof Koch describes the motivation behind this large-scale open science project, and highlights some of the scientific discoveries that have emerged from modeling studies using these data. 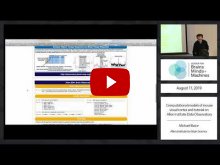 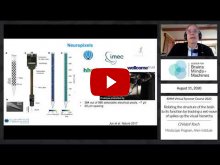 Christof Koch: Relating the structure of the brain to its function by tracking a net-wave of spikes up the visual hierarchy
The mammalian visual system, from the retina to neocortex, has been studied extensively at the anatomical and functional levels, but direct observation of cellular-level functional interactions across multiple levels of the hierarchy has been lacking, due to the challenge of simultaneously recording activity across levels. Christof Koch describes part of the Allen Brain Observatory dataset, that surveys spiking from tens of thousands of neurons in six cortical and two thalamic regions in the mouse, responding to a battery of visual stimuli. 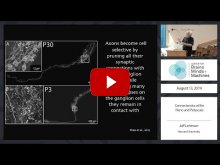 Jeff Lichtman: Connectomics at the Nano and Petascale
Connectomics aims to construct a complete map of the detailed synaptic connections between neurons. Jeff Lichtman takes a historical journey through the evolution of methods to visualize neural connections at a synaptic level, and key discoveries of how neural connectivity changes during early development. Competitive interactions between neurons that innervate the same target cell result in a sharpening of patterns of neural connections, which may be important in learning and the formation of memories.

Additional information about the speakers’ research and publications, and the Allen Institute, can be found at these websites:

Extensive resources are available at the Allen Institute for Brain Science website, including the Allen Brain Observatory, the Allen SDK, and the Brain Modeling Toolkit.